Throughout April we’ve been running the features vote to see which of the proposed features are the most welcome among you. Today, I finally found some time to write up the results. :)

This time we had 721 participants, which is great. This was a multiple choice survey, so one participant could vote on more than one feature (maximum 5). In total, there was 2317 votes. The most popular feature was HTTPS filtering (to block YouTube ads and encrypted ads) with over 20% of all votes. It’s worth noting, though, that probably the most popular feature (VPN), was not included in the survey, since it’s already planned. This result doesn’t surprise me much, since you ask about blocking YT ads a lot, but implementation wise, it’s hard to guarantee high effectiveness and low battery usage across devices. Nevertheless, the survey results tell me to keep this feature high on the priority list. 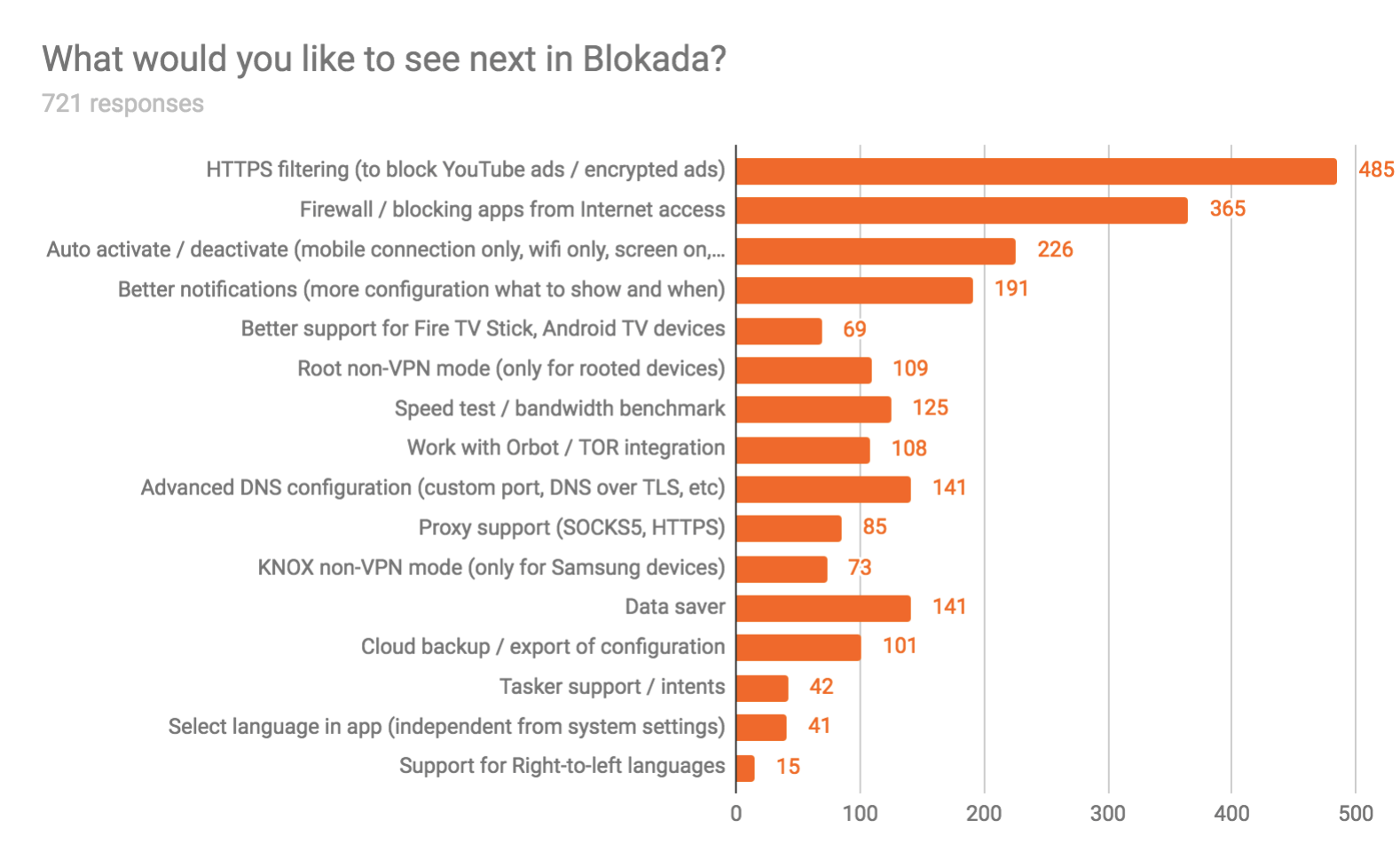 Looking at the rest of highly popular feature requests yields some more surprising results. While the high demand for the Firewall feature (17%) is in line of what I expected, and confirms my priorities, it’s surprising to me to see the Auto activate / deactivate feature clocking over 10%. It’s welcome though, in particular since it’s way faster to implement than most of the other features.

Other high contenders are: Better notifications (8%), Advanced DNS configuration (6%), and Data saver (6%). I’m quite happy those are high on your list, since they are high on mine too.

Next in order are: Speed test (5%), Root non-VPN mode (5%), and Cloud backup (4%). Among those, first two are more popular than I would expect, while the cloud backup seems less important to you than I thought.

The rest of the features apparently has a lower priority, so we won’t analyse them in detail just yet. Again, thank you for so active participation in another general voting of our community.

PS, did you know you can join Blokada Insiders and help run the project? For example, you can be managing the voting like this one. It’s totally free and doesn’t take much time. You are welcome to join us!