Since users seem to confuse the name Blokada very often, I decided to check what the community really thinks about the branding. Over the last 3 weeks we’ve been voting on alternative names for the project, and we got some cool suggestions. Here are the results.

The first voting was designed to test if we want to change the name at all. Surprisingly, 89% of users (from 1286 votes) is happy with the name Blokada, or at least think we should not change it.

This was a bit of surprise to me, but since rebranding is a significant amount of work and I would prefer not to do it, I was happy with the results ;).

Users who voted to change the name was asked then to vote on one of the existing alternative suggestions, or propose their own. We got some really interesting suggestions, so just to exhaust the topic of branding I decided to run one more survey. The second survey was just focusing on those suggestions, to see which one of them is the best, in case we decide to rebrand after all in the future. 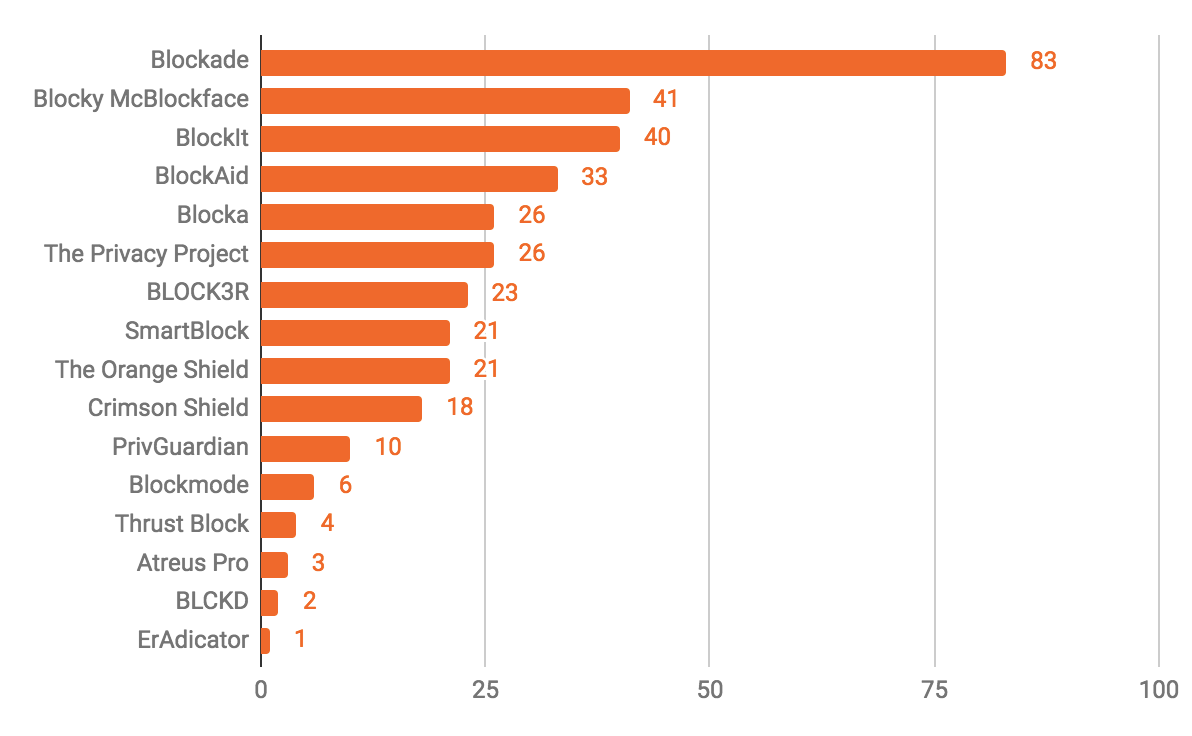 We got 358 votes (this survey was running only a few days). The highest number of voters (23%) voted on Blockade. Two next most popular choices were Blocky McBlockface and BlockIt, both with roughly 11% of votes.

So, thank you for so active participation in the first general voting of our community. I am very happy with the engagement and I think this is a very good way to decide about any matters important for the future of the project. In fact, we’ll be voting on introducing VPN functionality next.

PS, did you know you can join Blokada Insiders and help run the project? For example, you can be managing the voting like this one. It’s totally free and doesn’t take much time. You are welcome to join us!